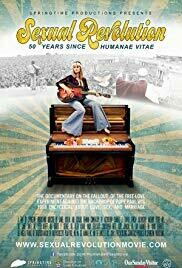 Seven years in the making, SEXUAL REVOLUTION seeks to examine the effects of the free-love experiment of the hippie generation and the prophetic encyclical, Humanae Vitae.

This beautiful documentary closely examines the history of the parallel developments of the Pill and modern Natural Family Planning by telling the little known story of the founding doctors - Dr Gregory Goodwin Pincus who developed the Pill and Drs John and Evelyn Billings and the scientists who validated the Billings Ovulation Method®, Professors James Brown and Erik Odeblad.

The film follows the dramatic life story of Alana Newman, a talented secular musician who, through desperation to know her father, discovers the treasures of Theology of the Body, Humanae Vitae, and the riches of true freedom.

This documentary contains footage of Drs John and Evelyn Billings and Professors Brown and Odeblad as well as St Teresa of Calcutta (Mother Teresa).